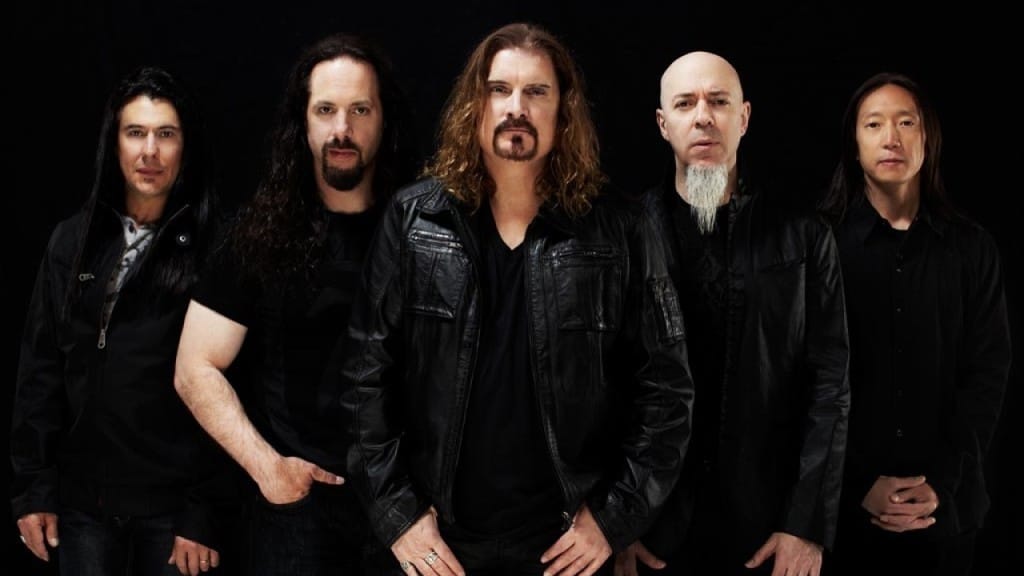 Dream Theater have released the official video for “The Gift Of Music”, which is taken from the band’s thirteenth album, “The Astonishing”. The album was released on January 29 via Roadrunner and was made available in standard 2-CD set, 4-LP vinyl box set and a limited edition deluxe box set.

Guitarist John Petrucci says: “It was great working with director Wes Teshome on our latest video for ‘The Gift of Music’. While we were looking to keep the emphasis on performance, we wanted to be sure that the vibe was unique and special so we found a really interesting location to film in New Jersey that had the perfect atmosphere. By blending in some digital animation we were also able
to covey some of the concept from ‘The Astonishing’ as well. We think it demonstrates the perfect balance of story and performance.”

“The Astonishing” was recorded at Cove City Sound Studios in Glen Cove, New York, and was produced by John Petrucci, mixed by Richard Chycki and arranged, composed and conducted by David Campbell.

Dream Theater have announced their first North American tour of 2016, which is set to kick off April 14 at Quebec City’s Theatre Du Capitole, which will feature the band performing “The Astonishing”, live in its entirety.

Click below to watch the video for “The Gift Of Music”…