Guns N’ Roses are in talks to play three shows at London, England’s Wembley Stadium in late August or September according to German daily newspaper Bild,. There are also reports that German promoters are interested in booking the band but are still unsure about the band’s reliability.

Guns N’ Roses recently played two shows at the new T-Mobile Arena in Las Vegas, despite singer Axl Rose breaking a bone in his foot and having to perform the show while sitting on a custom made ‘throne’. Rose tweeted: “This is what can happen when you do something you haven’t done in nearly over 23 years”, referring to the surprise concert the band performed on Friday, April 1 at the Troubadour in Hollywood.

A full North American tour will commence this summer. 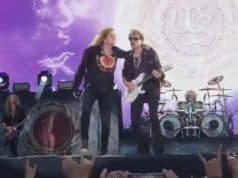 Video: STEVE VAI Joins WHITESNAKE On Stage At HELLFEST To Perform ‘Still Of The Night’ 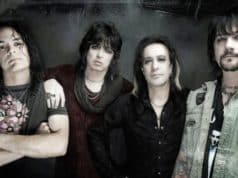