Scott Penfold has worked in the FM radio broadcast field for almost two decades.
He has been a metalhead since a very young age and was driven toward music and media because of it.

As well as being a longtime bass player, Scott also spent a lot of time on the road working with numerous bands during his time with a record label, however, radio has always been his number one passion.

As well as co-hosting the FM radio show, Scott also programs and produces the online radio station providing it with content such as interviews and news segments.

Johnny Rude has worked in both the Canadian and American Music Industries for years.

Johnny is an established drummer who has worked with such bands as Brass Knuckle Therapy, Salem Saints and the band Jesus Christ who were nominated by Kerrang! magazine as one the best metal bands of the 90s.

He still continues to be active behind the drum kit, traveling all over the continent as either a drummer or a sought after club dj.

Johnny’s ongoing experience within the industry continues to be an asset to both the syndicated FM show as well as the online station, providing it with smash mouth content and music direction.

AJ St. James has been on the music scene for 25+ years. First, as a guitarist for several live and studio projects, as well as axeman for international A&M recording artists ‘Jesus Christ’.

AJ has made numerous television appearances on channels such as Much Music and MTV as well as working as a producer/engineer for numerous artists (Metallica, Quiet Riot) and events including Metallica’s Big 4 live from Indio, California.

He has also been a studio consultant to some of the top recording and post production facilities in North America including studio consultant to EMI and their Publishing Division and in Post Production at Technicolor films. He is also the current touring guitarist for former GUNS N’ ROSES drummer Steven Adler.

AJ has produced several artist showcases and live concerts at club and concert venues and international music festivals and conferences such as NXNE, CMW etc. 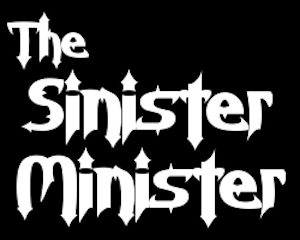 Sean L. Smith, a.k.a “The Sinister Minister” is a 20 year Veteran of the Las Vegas Strip Club Industry as a DJ/ Stage MC and has been established as one of the premier Rock DJ’s in Las Vegas, Nevada.

Also, he is the Creator, Producer, Writer and Host of the Las Vegas based late-night Horror Host TV Show, “The Midnight Massacre Theater”, as The Sinister Minister, along with the sexy, vampy Altar girls, The Sinister Minister haunts the late night TV airwaves and puts the “Massacre” to classic and ‘B’ Horror films.

The Minister is also an established Bassist and a member of the Las Vegas based band “Hellvis” as well as the founding member of the Iron Maiden Tribute Band, “Prowler”.

You can catch him on the Loaded Radio stream, live from Las Vegas, for ‘The Black Mass’ with ‘The Sinister Minister’ featuring Classic Death, Doom and Black Metal tracks, as well as all Sunday long for ‘Sinister Sunday’. You’ve been warned…

Based out of Toronto, Jules has extensive on-air experience, having hosted the FM radio show alongside Scott Penfold and conducting numerous artist interviews.

A lover of hard rock, Jules has been a presence here at Loaded Radio since the beginning and brings her quick wit and humor to the airwaves in a style that only she can execute.  She also has one hell of a badass voice whether it be singing on stage or on the mic hosting alongside any of the Loaded Radio personalities.

Catch Jules on either the FM radio show or right here on the online station bringing you the latest and newest cuts in hard rock and metal.