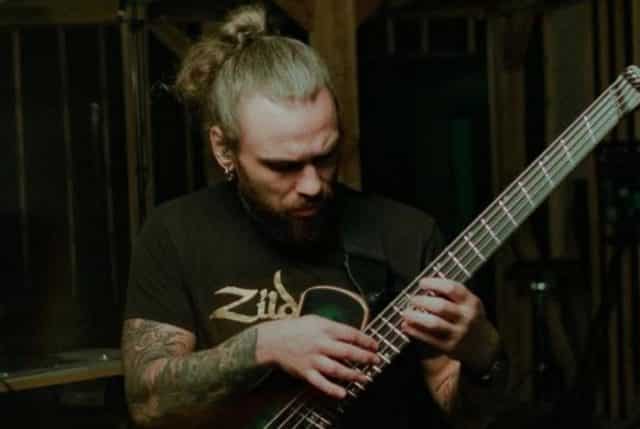 Ukrainian metal band JINJER took the stage for their first live concert since Russia’s invasion of their home country at this year’s edition of the Greenfield Festival in Interlaken, Switzerland.

The concert took place on June 10, just days after it was announced that JINJER had been given permission from Ukrainian authorities to leave their homeland to tour Europe as ambassadors of their country.

JINJER bassist Eugene Abdukhanov was asked in a new interview with Finland’s Chaoszine how it feels to be back on stage performing again, to which he replied (as transcribed by BLABBERMOUTH.NET): “Well, it has its pros and cons. On the one hand, being on stage for this 45[-minute], 50[-minute] or one-hour [set] is the perfect therapy for me, and it’s the only time I can forget about the war — just playing music and connecting with the crowd. Because all the other time, my mood really goes up and down constantly — it swings back and forth, back and forth. And I may feel absolutely okay at one point, but after a few minutes I’m totally depressed — depressed in the way that I can barely act. And being able to play is definitely a cure.”

Eugene also touched on JINJER having to cancel a number of shows at the beginning of Russia’s invasion of Ukraine.

“We were right about [to go on] the U.S. tour with SLIPKNOT… We were just before the SLIPKNOT tour in the U.S.,” he said. “And, of course, first of all, we couldn’t get out. It was the first weeks of war, which were the most horrific times of my entire life. And even if we were out of Ukraine by the time war started, we wouldn’t be able to play, because those first weeks, [there were] so many deaths, so much grief, so much horror, we wouldn’t be able to play, definitely.”

Regarding how close to his home was the conflict was, Eugene said: “I met the war exactly when it started. On the 24th [of February] at five o’clock in the morning, I was just driving and things around me started exploding. I got straight under the shelling, under the attack, and I thought, ‘This is the end.’ I was trying to get out of there, driving 180 kilometers on a very narrow road. It was still dark. And I saw things that I, before that, only saw in movies — huge explosions with all these pieces flying around. And they were falling right in front of me, and I was driving around them, and all the smoke around. It was like a real horror, but you’re a part of it. And I was on the way back to Kyiv, and I was just trying to get home as soon as possible. And I saw all these traffic jams — people were trying to get out of the city — and all the destruction because of the first attack. And then the first week was the most horrible time because nobody knew what was happening. I got home, and one of the first things which I did, I contacted everyone in the band. We made a post on social media. And everyone stayed home. Every half an hour, there was a siren. We went to the basement. I went to the basement alone, because I was staying alone — I took my family out. I was alone, just sitting, watching the news and going crazy. Then every half an hour, I’d go to the basement, then go up, basement, up, spend half of the night in the basement. And there [were] huge explosions all around. Things that [weren’t] even close the first night — like, five kilometers, ten kilometers away from me. This is not close; in our reality, this is not close. But [because of] how massive those explosions were, the land was shaking. And the real horror started to happen. And this is basically when the siege of Kyiv started. And the next very day, I just felt like stating our position [publicly] and claiming our position. I made that video which is on YouTube. I wasn’t able to realize things like that could happen.”

Eugene went on to say that the support from fans and friends has been overwhelmingly positive.

“I was bombarded with texts — all my friends, who were just checking how things [were] with everyone,” he said. “I got a bunch of texts from fans from all around the world. But somehow we made it through this.”

Check out the full interview below.