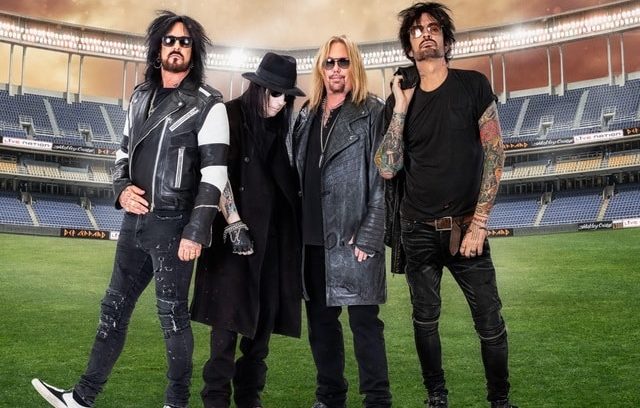 MÖTLEY CRÜE bassist Nikki Sixx recently confirmed via Twitter that there are plans in the works for the band to play in other parts of the world following the current run of dates on “The Stadium Tour”.

On Saturday (August 20), Nikki posted on Twitter how there were only 10 shows left on MÖTLEY CRÜE‘s current trek with DEF LEPPARD, POISON and JOAN JETT & THE BLACKHEARTS, saying it’s “going way too fast.” When a fan asked Nikki “what’s next” for MÖTLEY CRÜE and if there will be further dates announced for the band, Nikki replied: “We are working on SA-Mexico-Europe-UK-Asia- etc etc”.

“The Stadium Tour” kicked off on June 16 in Atlanta, Georgia and will wrap up on September 9 in Las Vegas, Nevada.

Back in July of last year, Nikki Sixx told radio station 95.5 KLOS that MÖTLEY CRÜE and DEF LEPPARD “might even drag” the same tour “to Europe, South America, Japan,” but he cautioned, “We don’t know yet. Right now it’s a little far off. But us and DEF LEPPARD are super close; that’s great. And we’ll just see what version of ‘The Stadium Tour‘ might fit for other countries, if we decide to go. Maybe it’ll be the same lineup. I know people are super stoked for the lineup. It’s a good outdoor fun party evening.”

We are working on SA-Mexico-Europe-UK-Asia- etc etc