Death metal pioneers OBITUARY has announced a run of Latin American tour dates commencing in September and running through October.

Quite possibly, the upcoming trek will coincide with the long-awaited new OBITUARY studio album which, according to drummer Donald Tardy, is complete and ready to be unleashed upon the masses.

Tardy says: “It is fucking awesome. It is Obituary, absolutely 100 percent, meat and potatoes, but with Ken’s influence and him being able to write a few songs with me on this one, he brings a much more old-school thrash metal feel. So it’s fresh, it’s killer, it’s exciting on some of those songs, but then also the meat and potatoes, there are some songs that are so heavy on this record, man. I’m so proud of it. I can’t wait for people to hear it.

He continued: “And the production — we recorded it at our studio and then we sent it off to Joe Cincotta, my boy who’s done the last four albums with us. He did an amazing job; the sound of this record is fantastic. I can’t wait for everybody to hear it. We’re working on the album cover right now. And we are now just waiting for the target date that we’re gonna release it.”

You can get OBITUARY‘s full listing of Latin-American tour dates below: 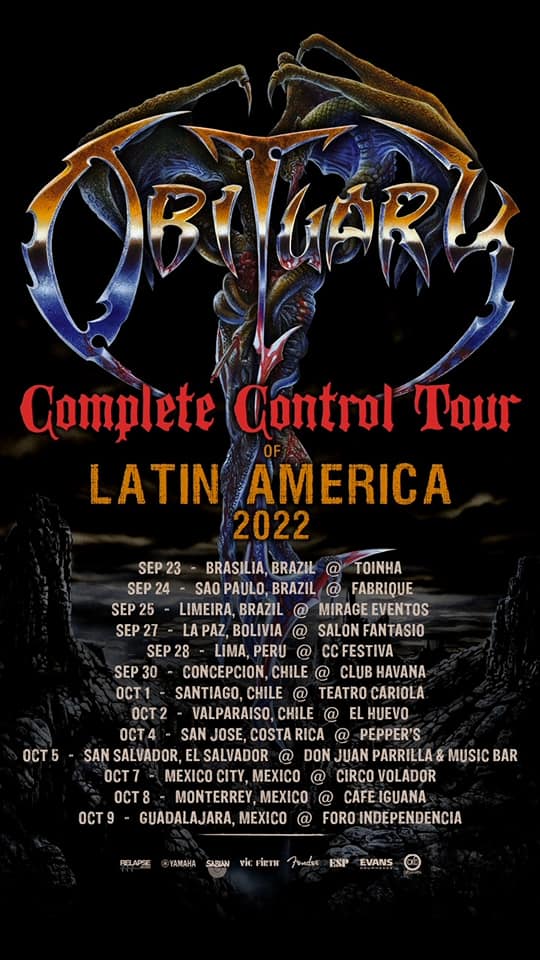