You’ve probably NEVER heard AC/DC lyrics belted out like this before – frontman Phil Anselmo puts a new spin on the words to 1975 AC/DC classic It’s A Long Way To The Top (If You Wanna Rock’n’Roll)…..and it’s deep.

The concept came from German magazine Visions, and focuses on how the late Bon Scott’s vocals, when spoken differently, draw out the dark side of life on the road.

Meanwhile, Anselmo is set to drop his first solo album titled Walk Through Exits Only, which he says is “an angry album that only I could do.” 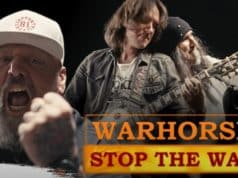